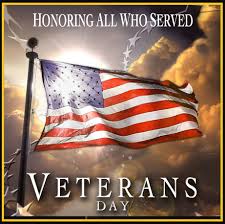 On November 5, 2012, the United States Supreme Court set a conference date of November 20, 2012 to decide whether it will hear a parenting case designed, in part, to promote the rights of veterans. John Parent is a pseudonym intended to represent parents victimized by an antiquated classification structure in America’s domestic relations courts, see i.e. Webster v Ryan, 729 NYS 2d 315 at fn 1. “Custodial” and “non-custodial” titles are mandated under Title IV-D of the Social Security Act in order for states to receive federal funding for their childrearing operations.

The inferior classification is broadly applied to responsible, abusive and absentee parents alike to cause needless stigma and lucrative conflict. It is retained contrary to the logic of equal treatment, flexible agreement or parenting orders because superior and inferior titles facilitate money transfers and a multi-billion dollar child control industry. The statutory scheme which supports this government industry is being challenged on constitutional grounds similar to the privacy right secured for women in the case of Roe v Wade. As explained to the Supreme Court:

No regard is given to the predictable conflict and vast injury which this doctrine inflicts upon families. Innocent children are left misguided and confused over the course of their lives, fathers are deprived of love and affection upon return from military service, “non-custodial” mothers are needlessly stigmatized before their own offspring, and diverse victims are invented of the kind featured here. (Petition page 4).

The damage to our family heritage, health care and productivity as a nation is at stake along with suicide rates and traumatic events experienced by our veterans upon becoming reacquainted with their domestic lives. This particular parent known as the American veteran is especially harmed by “custody” and “support” laws which continue to promote outdated and sexist doctrines to the effect that a mother’s place is at home caring for the children and a father’s role is to pay for her services. To be sure, select impacts are presented at pg 3 of the John Parent case:

In short, we find a scheme of federal and state laws which promotes the manufacture of absentee parents and “dead beat dads” (a sexist slur actually employed by the U.S. Justice Department in public releases). Has not the time finally arrived to infuse some measure of balance and logic to childrearing dispositions in our nation’s domestic relations courts? Do not our military and law enforcement deserve better when they resume their parenting roles after protecting and preserving a way of life we take for granted?

The Parenting Rights Institute continues to struggle with its goal of financing precedent seeking litigation like the John Parent case. We need the help of concerned veterans, like minded parents and their extended family so that our children can be returned to the people consistent with rights guaranteed to us under the Ninth and Tenth Amendments. Donations can be made at Leon Koziol.com. For those parents victimized by this system, a court management program is offered at www.familyretention.com. Proceeds help pay for these costly efforts. You can contact us directly at (315) 796-4000.