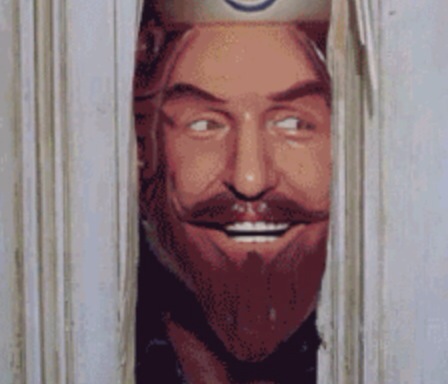 Part Three: A Vindictive Judge Is No Judge At All But He Will Throw You In Jail Like Martin Luther King.

Our greatest civil rights advocate did jail time for defying laws and court orders that were clearly unjust. Here is what he said about segregation which can be compared to today’s custody laws that effectively segregate parents on account of gender:

Under today’s antiquated custody system, fit parents who seek to remain in their children’s lives are segregated into superior and inferior role models. The state and its custodial parent are the segregators and the male parent is  the segregated who receives no similar assistance. Let’s face it, when was the last time you heard of a mom sent to a support debtors’ prison or jailed for depriving a dad of his rights?

Federal support statutes require this degrading form of segregation for states to receive incentive funds (Title IV D). No longer is it based on our children’s best interests but for court budgets and lawyer fees generated by needless custody battles. It’s all part of a trillion dollar socialist child control industry explained at length in earlier posts here at Leon Koziol.com.

To make this unequal structure work, judges chastise fathers for resisting their roles as money machines stripped of genuine child rearing authority. Children are left to believe that fathers are not really parents but nuisances. Something’s got to be wrong with him to be so limited with “visitation,” servitude and supervision. He will be removed altogether from his children’s lives if necessary to keep this lucrative unequal arrangement.

A natural human rights tension is therefore constantly at play in these courts. As Americans, we are naturally drawn to resist unequal treatment under the law. Most veteran judges understand this principle and the natural human emotions that emerge. They perform admirably despite an irreconcilable conflict between supreme laws under our Constitution and inferior state laws in the sensitive resolution of family issues.

But other judges are hopelessly in love with themselves. They show off their powers and create needless disputes. They issue sadistic orders to assuage their egos with no regard for the long term injuries which they cause to innocent children. In short, they exhibit deranged behavior which requires disqualification from a case or removal altogether from the bench. One such judge is Dan King who was recently elected by less than 300 votes of 11,000 cast in Lowville, New York.

Dan King was assigned to my personal family matters in July, 2013. He has abused his powers as a family judge in order to censor the valid criticisms and reform efforts featured here and in the media. He has even referenced this activity in self orchestrated orders which made it impossible for me to see my children after 12 years of fit parenting. Meanwhile in the same family court, a mom and dad doing repeat stints in prison for drug abuse have received custody orders.

When I secured a higher court order restraining enforcement of one of his punitive orders, Dan King followed with a restriction which placed me in violation of two conflicting orders. When he could find no competent evidence of parenting violations, he made one up after the fact and called it an ” alcohol related gesture.” With no record of any alcohol issue as the higher judge found, somehow it was detrimental to my girls that I toasted my niece at a wedding reception.

One month later, when a properly noticed hearing was held, Dan King exhibited an anger and venom for all this which ultimately prompted me to secure permission to exit proceedings to avoid a contempt by ambush. I have been before countless judges and researched many more in my nearly 30 years of successful litigation in federal and state courts. Never before have I observed or experienced the kind of childishness and misconduct as I did with Dan King. That hearing is a book unto itself and the subject of tomorrow’s  “King’s Chronicles.”