As our followers are aware, I offer professional writing services to those who wish to publish their court ordeals. Many are motivated to expose corruption, others to provide a biography for their children or reputations. Whatever the reason, I have been applying decades of trial and appellate experience in numerous courts to make such stories a reality.

Publishing a book is no easy task. Many claim a commitment to do so but never follow through. There are pitfalls when producing a manuscript and marketing it to a trustworthy publisher. There’s also a concern for defamation particularly when prominent people are being criticized. I successfully sued one publisher for incompetence. It received coverage as far away as London, England, and the company was forced to go out of business.

So do yourself a favor, get a manuscript and publishing process underway by doing it right. Contact me directly for an understanding of your objectives and a fee quote. I require supporting documents before starting the project, and it fares best if we get to know the subject matter personally. You can verify credentials by looking up my recently published novel, Voyage to Armageddon, available at Barnes and Noble, Amazon and Lulu.com.

Recently I completed an assignment in Hawaii for a woman victimized in divorce court. Her book is not yet released but it represents a phenomenal look at court corruption and intrigue backed by transcripts and official records. Currently I am engaged in a book project which will focus on severe parental alienation experienced by a mother in Pennsylvania.What an assignment!

You may have a similar or untold story you wish to share with the world or just your family and friends. It could lead to a documentary. Movies are typically based on books as you know. I can be reached directly at leonkoziol@gmail.com or (315) 796-4000. I am leaving you with an excerpt from a chapter of my recently completed book manuscript so you can get a feel for the possibilities. 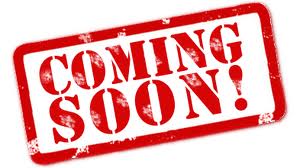 “Not bad, Leon, but you still haven’t answered my question.”

“Well we can name our project as a war on something. If these radicals and Washington bureaucrats like wars, that’s what we’ll give them, a war on corruption. It’s getting so bad in this country that the public seems to have just accepted it even in these courts. That’s where the corruption is supposed to get justice.”

There was a long respite from our dinner exchanges. We glanced around, mimicked a few lyrics from our entertainment and looked occasionally toward the endless ocean. Then she broke our silence. “You know when you fly out tomorrow, I’m really going to miss you.”

“I’m gonna miss you too, especially all those great breakfasts in the morning.” I laughed slightly.

Most of our issues were addressed and a plan of action was formulated to promote court reform in America’s divorce industry. It was focused on fund raising, growing an army of parental advocates on social media, a central website and demands for investigations under Title IV-D.

This was a movement designed to unite all others, to bring victims out of their foxholes so that justice and hope could grow in a meaningful way. We were also looking for criminal prosecutions of corrupt judges, a RICO action and accountability at the U.S. Justice Department. There was much more, and it was all contained in a master plan we thought about naming, “The War on Court Corruption.”

“Hey look at the moon, notice anything?” I asked. We both gazed up into the Pacific night sky.

“Yeah it’s bright white and nearly above us now.”

“But see that dark wall of clouds working its way toward it.”

“Yeah pretty ominous looking, the first I’ve seen since you got here three weeks ago.”

“You know most people are not aware that our moon is actually leaving us. Each year it gets farther away. Astronomers say that humanity will not survive when it gets far enough to disrupt that gravitational balance it creates with mother earth. It’s kind of like our parenting cause. We need our children as much as they need us. Is that a sign?”

“You know I never thought of it that way, but I love the analogy. I think I’ll keep it.”

We watched intently as the billowing clouds made their way between mother earth and her moon, creeping resolutely until a full moon became half, then a quarter. Finally it was gone.