The Parenting Rights Institute (PRI) has released a cutting edge report which identifies a condition known as Custody Court Dysfunction. Based on years of legal research, more than two decades as a practicing attorney and interviews with family litigants, it was authored by Dr. Leon R. Koziol, founder and director of PRI. Among its alarming conclusions, military parents and public safety officers remain primary victims of this condition:

And so, while our federal government escalates its military involvement around the globe, soldiers are returning to empty homes, child alienation and felony support warrants. I was able to save the life of one such victim from attempted suicide at a parenting convention we sponsored in 2011, but the unsuccessful instances are more telling, see i.e. Purple Heart’s Final Beat, Second Class Citizen.Org (2009).

Father discrimination may be the convenient scapegoat for politicians seeking to advance themselves, but as President Calvin Coolidge is quoted: “A country which forgets its defenders will itself be forgotten.” This message resonates as well with our domestic defenders. Virtually all responders on 9-11 were men entitled to equal treatment under the law. Yet an unpublicized number of fathers became eternally separated from their children and families without any changes to these laws as construed and enforced by our courts. 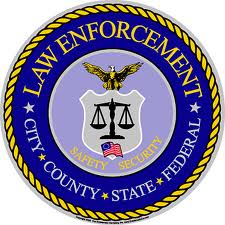 In another excerpt, the report describes not only how public safety officers are victimized in custody determinations based on their line of duty but how those duties are compromised and subjected to increased risks:

A natural outcome of this history is lawlessness. Although examples abound throughout the country, their causes are highly suppressed in police and media reports. In my own small home town, a police investigator committed a murder-suicide upon his ex-spouse after leaving support court which had him reportedly living on $28 per week after all the deductions and asset executions.

Kindly help us secure reform by supporting our work here at Parenting Rights Institute. We rely on donations to make such work possible. This report must be shared with persons or entities with resources to help us open offices in every state. Custody Court Dysfunction is a growing epidemic traced to PTSD, Parent Alienation Syndrome, moral decay, health care costs and productivity declines in the workplace.

Contact us at our office at (315) 380-3420 or direct at (315) 796-4000. We also offer a Court Program for self-represented parents and those wishing to consider mediation and other litigation alternatives at http://www.parentingrightsinstitute.com. We also prepare book manuscripts for those wishing to publish their court ordeals.