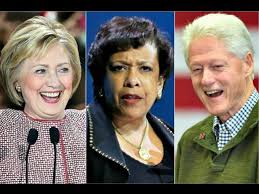 Title IV-D of the Social Security Act is the federal funding mechanism which incites needless controversy between parents in our nation’s divorce and family courts. It creates federal revenues through performance measures based on the size and number of support orders. Put simply, the larger the orders, the more money for lawyers, judges, parenting “experts” and other predators who feed off our hard earnings and assets.

Logic dictates that such a system renders the presiding officers inherently biased, but justice incurs a disappearing act when it comes to big money. Proven experts and highly qualified lawyers like me who expose this system are targeted, gang assaulted and discredited through witch hunts and public stigmatization. Even worse, some like Georgia Senator Nancy Schaefer are murdered under suspicious circumstances. Parent advocates, even those who understand this routine, surrender to their victimized state.

It is a trillion dollar fleecing scandal obscured by child propaganda, highly protected by bar associations and special interests, suppressed or ignored by media, and promoted by the Clinton crime family. For ten years I have been studying and exposing this epidemic only to incur the most unconscionable retributions from my profession, my government and the court-appointed “custodial parent.” (the real mom was consumed by this system long ago). And I was never even accused of a crime or found to be unfit as a parent.

You might say that I was remanded unwillingly to the role of Edward Snowden for the parenting rights movement, and the organization I founded in 2010, Parenting Rights Institute, has become the “Judicial Watch” for our divorce and family courts. It is an antiquated “pay to parent” process based on “custody wars” instead of a more constitutionally prescribed shared parenting doctrine. After the predators are done fleecing you of your money and sanity, they blame the parents for the wars they wage.

Two cases will explain how this process works. In Bast v Rossoff, 91 NY2d 723 (1998), a divorcing mom and dad, both lawyers earning roughly the same income, were denied a right to their own shared parenting arrangement based on the Title IV-D custody (funding) mandate adopted by the state legislature. In Dept of Family v U.S. Department of Health and Human Services, 588 F.3d 740 (1st Dept 2009), a federal appeals court addressed the performance deficiencies of Puerto Rico that caused a loss of Title IV-D funding.

In 2011, 2015 and 2016, I personally delivered and mailed comprehensive reports to the Justice Department (DOJ) and Congress in Washington D.C. Despite follow-up calls and petitions to the Supreme Court, not the slightest degree of interest was shown. Of course, low turn-outs at our rallies in the nation’s capital did not help. Such apathy only showed the politicians that there was no problem here despite the increasing numbers of victimized parents. I was doing the unpaid job that oversight officials were paid to do.

Over the past few months, I have elevated my focus on corruption at the highest levels of government. From the Supreme Court where I filed a motion for disqualification of Justice Ginsburg to Hillary’s (Village) take-over of child rearing as part of her New World Order. I cautioned my followers about a regime so corrupt that the people will follow the lead of Hillary and begin to take laws into their own hands. And so it happened. FBI agents have revolted against Justice DOJ politicians like Attorney General Loretta Lynch who is busy protecting Hillary on an Arizona tarmac and now with our nation’s highest office.

If politicians, judges and prosecutors are going to continue to enjoy the benefits of “official” and “unofficial” immunity, why not the rest of us? Are we not a self-governing society? Aren’t they supposed to be our “public servants?” Indeed at least one criminal defendant in Florida has already asserted a Hillary precedent defense. I have formally raised the issue in my latest case before the Supreme Court. And if our standard-bearers of lawyer ethics are not prosecuted (chief counsel and deputy lawyers fired for falsified time sheets during their witch hunt on me), then why should the rest of us follow the rule of law?

I have published so many corruption stories over the past six years on this site that we are about to see an implosion (if not an explosion) in Washington, maybe even our courts.  In my domestic case, 35 trial level judges were disqualified, unprecedented in history. I must have had something right when I set out to reform this corrupt system. But I cannot do it alone while the retributions escalate. So please read on, share and support me while we might still be able to avert further harm to our children and future generations…

From the PRI Administrator

The Parenting Rights Institute (PRI) was founded in 2010 as an advocacy group for moms, dads and families victimized by abusive divorce and family courts across the country. An office was opened in New York with a Court Program to assist poorly represented or self represented parties. It featured a seminar lecture and five part reading program with court forms and transcripts to educate parents and prevent serious financial and personal harm. Its updated version is available at www.parentingrightsinstitute.com or by ordering it from our office at (315) 380-3420.

The work of the Institute expanded in the years since. A planning session was conducted at the Plaza Hotel at Central Park in Manhattan attended by lawyers, former judges and parental advocates. In 2011 we conducted a Parental Rights Convention at a hotel conference room attended by activists from different parts of the country. Five time Super Bowl winner Tim McKyer was a featured speaker. In April, 2012 we sponsored a lobby initiative in Congress. Two months later, a rally was held at the federal appeals court at Foley Square in Manhattan to support the parental rights case, Parent v New York, argued by Dr. Leon Koziol.

In 2013, Dr. Koziol was among those selected to give testimony on behalf of the Parenting Rights Institute before the Moreland Commission on Public Corruption at Pace University. That testimony can be found on Leon’s personal website at http://www.leonkoziol.com and it was cited by a lawyer committee in Albany to suppress and censor his reform efforts. Corruption exposed at the Moreland hearings included Leon’s pedophile custody judge, Bryan Hedges, removed from his case for “political espionage” and from the bench one year later for admitting to sexual misconduct upon the judge’s handicapped, five year old niece. He also exposed fictitious college degrees used by his replacement Judge Daniel King to impose draconian support and custody orders in retaliation.

In 2014, Dr. Koziol participated in a video documentary produced by Dr. Joseph Sorge of Divorce Corp focused on child support abuses, judicial corruption and marginalization of parents for profit. These abuses have remained without real accountability and causing taxpayers mounting expenses for their criminal and family court systems. Another censorship process was commenced by a lawyer ethics committee against Leon citing the video as its source. That process was vigorously challenged on First Amendment grounds but it prevented him from making a formal presentation at the Divorce Corp Family Law Reform Conference in Washington D.C.

In May, 2016 gag orders on our public statements were removed after Leon filed an extraordinary mandamus action in New York Supreme Court. We have achieved a record for holding lawyers, judges and family court predators accountable where our political ethics commissions are failing us. We have traveled as far away as Hawaii, California, Nashville, Carolinas, Canada and Paris seeking recourse for parent rights violations. Children are being abused, needlessly alienated and exploited for profit in a manner never seen before in human history. The media is ignoring a growing epidemic at the root of our societal problems, moral decay and worker productivity. Bar associations and special interests anxious to preserve a trillion dollar gold mine are suppressing reform, true accountability and parent advocacy groups such as the PRI.

A documentary published this month by Dr. Koziol and PRI produced immediate reactions from powerful adversaries. Entitled “Family Court Epidemic in Rural America,” it exposed shocking aspects of unmitigated corruption in divorce and family courts which is escalating all over the country. These are plain talk presentations publicized through You-Tube and viral sites everywhere that eventually work their way to the top of Google searches regarding the lawyers, judges and entities we are investigating and exposing. In this way the Parenting Rights Institute has become a citizen’s commission for judicial accountability. We are doing the vital work of those who are neglecting their paid public duties. In short we have become the Judicial Watch or NRA for abused families.

However, we cannot effectively advocate without resources. Currently we refer legal representation to trusted outside attorneys. We would like to hire in-house counsel and investigatory staff to properly assist victims in their individual cases. A professional video crew could bolster publishing efforts while employed to support formal complaints to government agencies. Our goal is to monitor court proceedings, publish books and documentaries and lobby Congress and our courts for reform and proper accountability. We have a petition for writ pending before the United States Supreme Court and are prepared to file another with co-petitioning victims (joiners) from around the country. Indeed we have done remarkable things with a fledgling volunteer staff and nominal donations which cannot keep up with expenses.

These are only some of the strategies underway and detailed in a business plan which is available to potential donors and investors. Accordingly we are appealing publicly to you for help. You may be in a position to join our efforts or invest personally. You may also know of a business, estate or philanthropist who can provide the needed financial support. Our potential cannot be denied. The proof is found throughout our website pages at Leon Koziol.com or the Institute.  As the thirty second television clip here shows, our PRI Director Leon Koziol has won numerous high profile cases, but this “War on Parents” is clearly his greatest challenge. Help us help you. Invest in our Institute. Download, share and e-mail this message. You can also chat directly with Leon at (315) 796-4000.