While most victims of court abuse talk and complain about their ordeals, here at Leon Koziol.com, we are doing something about it. We are entering our seventh year of advocacy for victimized moms and dads. And it’s been a wild ride.

A second professional evaluation was performed on our site in 2015 with great reviews and promising signs of growth. According to a year end report received on December 30th, a record number of visitors, over 23,000, was documented in 2015.

With newly applied initiatives such as regular news updates, upcoming book publications and political action in the 2016 elections we expect that number to grow virally and exponentially. Many thanks to all our followers who helped make this possible.

Ironically the single most viewed post was a gag order placed upon this site by a family judge, Daniel King, which is now being challenged in a higher court. This judge was widely criticized for imposing support orders upon his public critic, Dr. Leon Koziol, based upon fictitional college degrees before the Moreland Commission on Public Corruption. (Click Here to View Post)

As you can see we have not gone away. This is because the crucial and unprecedented work we do literally saved lives. This has been verified by the same year end report showing that followers have increased dramatically from countries as far away as Russia, Australia and Brazil. The largest number of visitors outside the states came from Canada and Great Britain.

The year began after Leon’s return from Paris where he met with human rights advocates to obtain international recognition of the abuses occurring in family courts that have been transformed into capitalist courts. Children have been turned into a trillion dollar industry while  our moral fiber has declined to an all time low. (Click Here to View Post)

In March Dr. Koziol spent a week in Nashville meeting with celebrity agents and free speech advocates in an effort to promote our parenting rights cause. Donations and investors were sought while reports were generated to demand long overdue reforms with a focus on shared parenting, draconian support collection practices and parental alienation atrocities. (Click Here to View Post)

These goals took on heightened attention when an unarmed father, Walter Scott, was murdered by a police officer in South Carolina while fleeing a support warrant during a traffic stop. Leon spent a week in Charleston addressing national media and meeting with civil rights advocates such as Al Sharpton and Attorney Malik Shabazz. (Click Here to View Post)

He followed with a major report submitted to the Justice Department. (Click Here to See This Report)

The year also featured book writing services for parents victimized in these courts. One court ordeal is expected to be published very soon on behalf of a mother who suffered through a 15 year ordeal that took her to numerous foreign countries as a fugitive from a corrupt family court system in Michigan. (Click Here to View Post)

A famous doctor secured Leon’s assistance and invited him to spend a week in Manhattan over the summer to study his divorce ordeal which cost him nearly $5 million in lawyer fees. A university professor nearby had vigorously fought alongside Leon at the Foley Square courthouses in New York City. (Click Here to See Post)

Leon gave interviews to Joseph Sorge and his widely acclaimed Divorce Corp movement to promote overdue reforms in these courts. In a further effort to suppress such reforms, Leon was again hauled before a “professional standards” committee to explain outcomes which he had no control over.

This all culminated in a rare disciplinary hearing made public at Leon’s request. It was covered  by Divorce Corp and featured a panel of judges called to task over the ethics lawyers engaged in the witch hunt against Leon who were fired by the same court for falsifying their time sheets. It resulted in a dismissal of the committee’s charges. (Click Here to Read Post)

In recent months the “war on parents” has reached climactic levels with a clash between First Amendment and family court gag orders disguised as protection devices. A self governing nation will not tolerate such oppression and deceit. Hence we are challenging such practices in a federal appeals court in Manhattan. We expect to reach the Supreme Court in 2016.

Such action on your behalf is not free. It takes massive resources, yet we continue to struggle with volunteers and few donors. You cannot imagine what it is like for a committed parental advocate to hear countless heart wrenching stories from all across the country without the means to assist and yet remain standing against all the severe retribution sustained as a consequence. Hopefully that will change with your help in 2016. 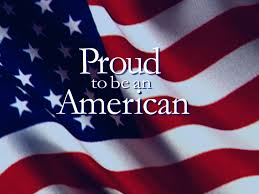